Number recognition worksheets are a fun way for young preschool and kindergarten kids to learn numbers.

For more on this click here.
Posted by Wwriter at 8:58 AM 2 comments:

Matching games are fun to play and also help develop ones visual observation skills. There are many such games available for your Android phones in the Google Play Store.

Kindergarten English worksheets - use of 'in' and 'on'

Kindergarten stories - The lion and the mouse

The lion and the mouse is a popular  kindergarten story from the collection of Aesop's fables. The moral of this story is that a friend in need is a friend indeed. This story depicts how even a tiny mouse (in gratitude at being spared its life) was able to repay a favor to a huge and mighty lion.

See here an animated video of the lion and the mouse.

Posted by Wwriter at 5:12 AM No comments:

Here  are a few alphabet worksheets for kindergarten. 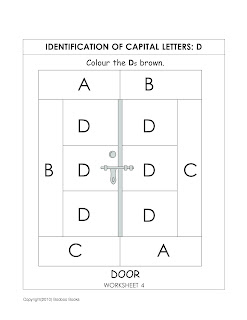 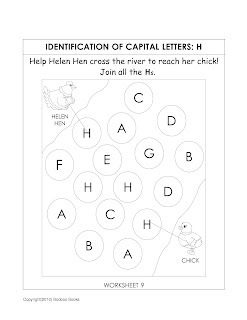 You can see pictures of many more worksheets here.
Posted by Wwriter at 8:52 AM No comments:

Humpty Dumpty is one of the most popular nursery rhymes kids learn at a young age. Nursery rhymes are among the earliest of things preschool kids are introduced to and they often love to recite or sing rhymes. The classical nursery rhymes have been around for ages - the rhymes our parents learnt  are perhaps the rhymes we learnt and will perhaps be the rhymes the next generation also learns.

Kids rhymes videos are very popular among pre school and kindergarten kids. These rhymes videos usually show the nursery rhymes and songs with animation and music.

See many preschool & kindergarten videos here.
Posted by Wwriter at 9:30 AM No comments: